What Qualifies Someone as an Alcoholic?

An alcoholic is someone who is physically and mentally dependent on alcohol. They are also known as a person who misuses alcohol.

Alcoholics exhibit a strong, uncontrollable desire to drink. For them, drinking is a priority and they tend to neglect all their other obligations such as family and work. People with an alcohol use disorder continue to use alcohol despite its many negative effects.

Alcoholism is a drinking problem - and the most serious one, at that. Also known as alcohol use disorder, alcoholism is a chronic, progressive disease that affects the alcoholic and the people around them.

According to the fifth edition of the American Psychiatric Association's (APA) Diagnostic and Statistical Manual of Mental Disorders (DSM-5), alcohol use disorder (AUD) is often characterized by:

What’s the Difference Between Casual Drinking and Alcoholism?

Understanding certain terminologies related to alcohol use will help facilitate a better understanding of the disorder.

Casual drinking is having a few drinks with friends, having a glass of wine with dinner, or enjoying one glass of champagne. It is a pattern of low-risk drinking where a person consumes alcohol in low doses on an infrequent basis. Also referred to as social drinking, casual drinkers drink alcohol no more than once a week or a few times per month.

Alcoholism, on the other hand, refers to alcohol use disorder. It starts with dependence. As a person drinks more, the body learns to compensate by adjusting. As dependence develops, it becomes difficult for the person to stop drinking.

A person with alcoholism:

There are actually two types of excessive drinking. They are defined as follows:

Binge drinking is a dangerous activity. It can have serious effects on the heart, kidneys, lungs, and pancreas and can cause high blood pressure.

The Different Stages of Alcoholism

In 1946, a scientist named E. Morton Jellinek published a paper on alcohol addiction and its progressive nature. He proposed a theory that problem drinking develops in stages. Today, the Jellinek Curve illustrates the four main stages of alcoholism. These include:

Jellinek has contributed to how medical professionals understand alcoholism to this day. Below are the four stages of alcoholism, discussed in detail.

This stage is characterized by the following:

This stage is easier to notice and is characterized by the following:

This stage is more evident to family and friends and is characterized by the following:

Also called Late Stage Alcoholism, this stage is the most serious. This is characterized by the following:

9 Warning Signs of an Alcoholic

The warning signs of an alcoholic are:

People who misuse alcohol lie about or hide their drinking in an attempt to downplay the issue. They refuse to admit that they have a problem.

People with substance use disorders do so for emotional reasons. People who misuse alcohol, in the same vein, drink to find relief from anxiety, depression, stress, or sadness. They use alcohol as an emotional crutch.

Sometimes, alcoholics consume too much alcohol that they black out. This means that they have no memory of the things that happened while they were drunk.

People who misuse alcohol have repeatedly tried to stop drinking but have also repeatedly failed. They are no longer in control of their drinking.

5. Drinking despite the presence of danger

Drunk driving, drinking before or while at work, or drinking against doctor’s orders are clear indications of alcoholism. These kinds of reckless behaviors indicate that alcohol has taken top priority and almost always has serious consequences.

Alcoholism negatively impacts day-to-day life. A person who misuses alcohol often experiences problems at home, in school, or at work because their drinking problem has caused them to neglect their responsibilities and obligations.

A person who misuses alcohol exhibits strained relationships with friends, significant others, and other members of their family. When the most important people in a person’s life have been relegated to the sidelines in favor of alcohol, it is a clear sign of alcoholism.

Alcohol tolerance is the ability to drink more than one used to in order to get drunk. This means that the body has adapted to constant alcohol exposure.

When a person who misuses alcohol hasn’t had a drink, their body craves alcohol. They begin to show withdrawal symptoms such as being irritable and tired, feeling nauseous, depressed, and anxious.

What are Withdrawal Symptoms? (+ When Do They Occur)

Withdrawal symptoms appear when the body’s need for alcohol isn’t met. This usually happens when an alcoholic decides to suddenly stop drinking or has not consumed alcohol for a long period of time.

When Should You Seek Treatment for a Drinking Problem?

Drinking has become a socially acceptable behavior in society that sometimes, it can be difficult to determine if a person is suffering from alcohol use disorder.

As soon as the warning signs of alcoholism have become apparent, it is best to seek treatment right away and not wait for the disease to progress further. When alcoholism starts to affect day-to-day life, an intervention is needed.

There are various treatment options for alcoholism. There is no one-size-fits-all solution for alcohol use disorder (AUD). A certain addiction treatment program may work for someone but may not necessarily work for another person.

Here are some treatment options available for AUD:

Here’s a piece of good news: alcoholism can be treated, no matter how severe the problem may be. With the variety of substance abuse treatment options available, there is always something for everyone.

Research studies have shown that a third of people being treated for alcohol use disorders exhibited no symptoms after a year of treatment. Many others reportedly reduced their alcohol consumption and had fewer problems related to alcohol. 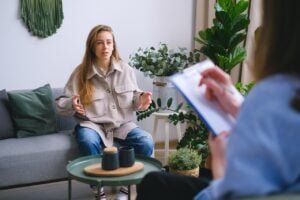 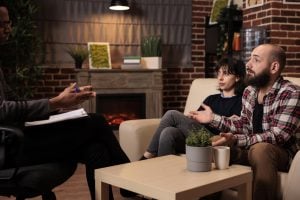 3 Things You Can Do If Your Partner Is An Alcoholic 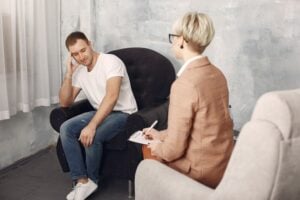 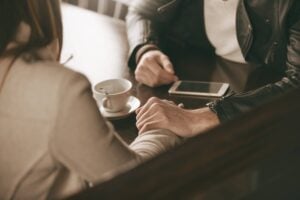 How to Deal With an Alcoholic 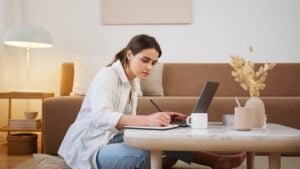 How to Stop Drinking 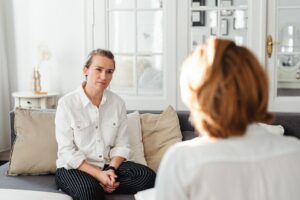 How Long Does It Take to Sober Up?