What is an “Alcoholic?”

Many medical experts consider an alcoholic to be someone who abuses alcohol. But others do not believe the definition is that simple.

The Substance Abuse and Mental Health Services Administration (SAMSA) says that only a small percentage of people who abuse alcohol are alcoholics because their circumstances do not fit those of an alcoholic.

Behaviors that indicate someone is an alcoholic include:

Alcoholics look for reasons to drink. It doesn’t matter if they are happy, sad, stressed, angry, or feeling fine, they will use it as an excuse to engage in alcohol abuse.

Alcoholics are not just people who are down on their luck or dealing with challenges in life. Many who have drinking problems are at the top of their game. Some of the most successful and famous people in Hollywood are alcoholics and the disorder is common among celebrities.

A lot of famous people also struggle with drug use. Many have had to seek inpatient addiction treatment or risk ruining their careers and their lives.

Some of the most famous alcoholic celebs include:

Actor Zac Efron knew he had an alcohol problem when he stopped seeing friends and grew apart from his family because of work. He turned to alcohol and drugs to help him deal with the stress of constant work.
He went to rehab in 2013 and has since joined Alcoholics Anonymous. He also sees a therapist.

Efron believes these things changed his life and says that he feels more comfortable in his skin now. He describes his addiction issues as a “never-ending struggle,” but says that healthy eating, exercise, an early bedtime, and time with old friends help him with being sober.

The Harry Potter star admitted in an interview he gave when he was 29 years old that he used alcohol to cope with all of the attention he got from being a star. He credits his years of sobriety to his close friends who helped him overcome his addiction.

According to Radcliffe, "It took a few years and it took a couple of attempts. Ultimately, it was my own decision... I woke up one morning after a night going, 'This is probably not good.'"

Radcliffe says that he does not miss alcohol and that he prefers his less chaotic life to the one he was living a few years ago.

Lohan had a very public battle with alcohol and cocaine addiction that included multiple DUIs. Her first of several stints in rehab occurred in 2007.

She admitted to Oprah Winfrey in an interview in 2013 that she is a drug addict and that she used alcohol and cocaine together when partying.

Lohan had several stints in a treatment center over the years. Today, she does not describe herself as being in recovery, but as of 2019, her life appeared to have stabilized.

She says she is interested in politics, spirituality, her younger siblings, and professionally designs and runs international nightclubs.

Bradley Cooper says he has been sober for more than 15 years. For years he struggled with addiction to alcohol and painkillers but sobered up at age 29.

He believes sobriety changed his life and allowed him to build the success he has today. He also credits his dark past with helping him embrace his role of an alcoholic in A Star is Born and said the role was “cathartic.”

Downey Jr. struggled for years with substance abuse before sobering up in response to an ultimatum from his wife Susan in 2003. It’s common for a loved one to be the catalyst for recovering.

Downey Jr. claims he first tried marijuana at the young age of six and growing up, he bonded with his father over drugs, leading him to drink every day. He credits yoga meditation, therapy, and 12-step programs for helping him stay sober.

LaBeouf has struggled with alcoholism for many years. He’s been arrested several times due to incidents linked to alcohol use.

According to LeBeouf, his career suffered because of his alcohol consumption. Recently, LeBeouf reports he attends Alcoholics Anonymous.

Gibson has struggled with alcoholism for many years. His problem became very public when he was arrested for drunk driving in 2006.

His recovery includes stints in rehab and participation in Alcoholics Anonymous. According to Gibson, he had been sober for more than a decade as of 2016.

“I am a member of a 12-step program and I achieved sobriety like that. I’ve got 10 years of sobriety under my belt,” said Gibson. “I had other lengths before that, eight years one time, fall off, four years. It’s like [going] through a revolving door.” The Fix 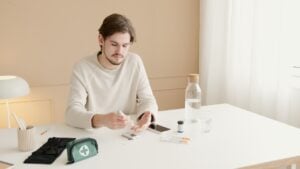