A pseudoaddiction mimics the symptoms of addiction. It's often used in regards to prescription painkillers.

Whether a pseudoaddiction is a fake or real addiction is largely up for debate. The prefix “pseudo” comes from Latin, meaning “fake” or “not real.”

Pseudoaddictions are clinically complicated. That's because it’s difficult for doctors to tell when a patient is genuinely undertreated and needs more pain medication and when they're addicted.

Patients with legitimate pain can reduce that pain with a prescription drug. But, if they don’t get enough opioid therapy, they may show drug-seeking behaviors that can be mistaken for true addiction. This would be a pseudoaddiction.

It’s tough to tell the difference in patients. While some patients are at a higher risk of developing a real opioid addiction than others, it can happen to anyone.

The term pseudoaddiction was coined in 1989 by Weissman and Haddox. It was made in reference to patients who had under-treated pain. They described pseudoaddiction as an iatrogenic syndrome because this term refers to an illness caused by medical treatment or intervention.

In the case of a pseudoaddiction, harm is caused by withholding treatment or a lack of intervention.

Pseudoaddiction was identified in the late 80s. But it has been around for much longer.

For as long as doctors have been prescribing opioids, patients have suffered from pseudoaddictions.

Is Pseudoaddiction Fact or Fiction?

There's plenty of research on pseudoaddiction, and more is being done.3

However, there's no evidence to support that a pseudoaddiction is clinically diagnosable. There isn't any evidence of objective signs or specific treatment plans for pseudoaddictions.

It’s still hard to say whether a patient is dealing with undertreatment of the patient’s pain or opiate abuse. Either way, doctors need to take both pseudoaddiction and addiction seriously.

What are the Signs of Pseudoaddiction?

The signs of pseudoaddiction are similar to the symptoms of drug addiction.

Why is it Important to Acknowledge Pseudoaddiction?

It’s essential to talk about the concept of pseudoaddiction because it plays a role in the opioid crisis. Between 21 and 29 percent of people who are prescribed opioids for chronic pain misuse them.7

An opioid pseudoaddiction can be mistaken for addiction. But it can also lead to addiction.

If patients are undertreated, they may seek out opioids in alternative ways, which can be dangerous. Doctors need to assess their patients' mental health and real reasons for seeking higher doses.

How to Differentiate Pseudoaddiction from Addiction

Pseudoaddiction and addiction both produce similar symptoms. For example, a patient may show a craving for painkillers.

While some may be seeking the drugs for pain relief, others may be wanting to feed their addictions.

It can be hard to tell the difference. Doctors need to use their best judgment.

If someone is seeking pain medication for a surgery or procedure that was done weeks ago, it can be a red flag.

Doctors have to use their discretion to tell when patients reach out because they genuinely need more pain management.

Can Pseudoaddiction Turn into Addiction?

If patients keep using painkillers to treat pain, they can become dependent. They may start seeking them out even long after their pain has subsided.

Between 8 and 12 percent of people who use opioids to treat chronic pain develop an opioid use disorder.7 Even though painkillers are prescribed, they can still lead to addictions.

Drug addiction takes a toll on abusers’ mental and physical health. Worse, addiction can be deadly.

Nearly 841,000 people have lost their lives from a drug overdose since 1999.9 Two out of three drug overdose deaths in 2018 alone involved an opioid.10

Doctors need to create cultures of trust. They need their patients to trust that they have their best interests in mind.

Patients need to feel like their caregivers believe their pain is real. They need to know that their doctors try their best to treat their pain. If they can feel confident in that, they’re less likely to start seeking painkillers in dangerous ways.

Treating a pseudoaddiction can be like addressing an addiction. Patients may need to wean off of the drug that they're taking. Instead, they may be prescribed other courses of treatment to help them manage their pain.

For example, terminal patients needing some form of pain management may benefit from opioids. But they also may be better off with palliative care.

People dealing with chronic pain or recovering from surgery may have other options, too.

Someone with chronic back pain may be better off with physical therapy. Someone recovering from wisdom tooth extraction surgery may use aspirin or ibuprofen.

If a patient goes undertreated, their pain can worsen.

If doctors don't treat pseudoaddiction, there’s a chance it can transform into addiction down the line. It’s dangerous for people to seek more and more painkillers to manage their pain on their own.

Without a doctor to safely and slowly increase their dosage, they can go off the rails.

Similarly, if someone loses trust in their healthcare professionals, they will be less likely to engage with them. A lack of trusted medical support can create an environment where a patient may be more susceptible to addiction.

Some people may be better off with other types of pain control. For example, physical therapy or over-the-counter medicines that aren’t addictive.

That’s why health care providers need to assess each patient. They must gain a clear understanding of why they're seeking out more opioids — for pain relief or addiction. 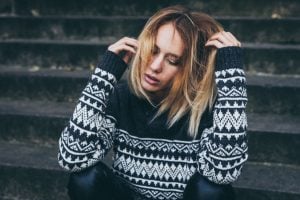 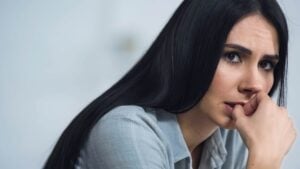 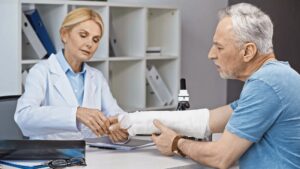 Difference Between Hydrocodone and Oxycodone 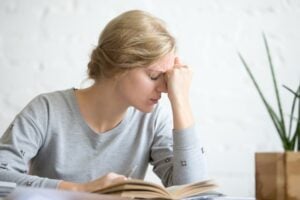 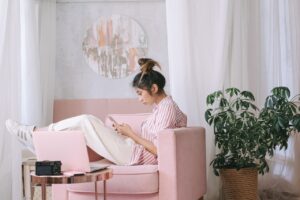 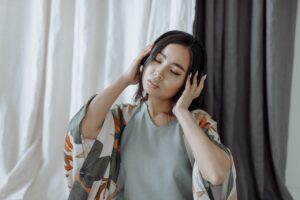