Can You Fail a Drug Test From Secondhand Smoke?

It is possible, although unlikely, to fail a drug test from secondhand smoke. It depends on how much secondhand smoke you were exposed to and how ventilated the space was.

Drug tests have a cut-off level. This is the minimum concentration of a drug metabolite to register a positive or negative result.

If you fail the test, your sample has reached the minimum concentration to get a positive result. People exposed to secondhand smoke rarely reach this level, but it can happen.

This trace amount of THC doesn’t remain in the system long. Unless you spend time in a hotbox before the test, you’ll likely pass a drug test even if you were recently exposed to secondhand smoke.

What is the Cutoff Level of Marijuana?

The cutoff level for marijuana is 50 nanograms per milliliter (ng/mL). Any level higher than this amount will register as a positive result.7

If you use marijuana and still get a negative result, your THC levels are lower than 50 ng/mL. However, test results can vary depending on several factors, including:8

If you have questions regarding your test results, you can ask your healthcare provider.

Can You Get ‘High’ From Secondhand Marijuana Smoke?

Yes. However, the ‘high’ you get from secondhand smoke isn't the same as that produced by physically ingesting marijuana. Every time someone smokes a substance (e.g., tobacco or marijuana), the exhaled smoke contains traces of the active ingredients.

In the case of marijuana, secondhand smoke contains residual THC, CBD, and other cannabinoids. If exposed to secondhand marijuana smoke, THC (marijuana’s active ingredient) may be found in your blood.

However, the amount of THC is much less than it would be if you smoked or ingested marijuana. The levels also won’t trigger a failed drug test.

Secondhand marijuana smoke contains residual amounts of THC. The lungs won’t absorb the THC—but you can still get high.

Several studies confirm the circumstances under which secondhand smoke produces trace amounts of THC in a drug test.

Effects of Secondhand Smoke in Ventilated and Unventilated Rooms

According to a 2015 study from Johns Hopkins University, smokers and non-smokers were paired together in both ventilated and “hotbox” spaces.2

The smokers were told to smoke 10 joints each for an hour. Following the hour, each group was drug tested using blood and urine samples.2

This study showed that secondhand exposure to marijuana could show up on a drug test.1 The study's goal was to understand the health effects that passive exposure had on non-smokers.

The study reviewed 15 existing experimental studies to determine if THC could be detected in bodily fluids after exposure to secondhand smoke.1 They found detectable levels of THC in the blood and urine of non-smokers.

They also found that those exposed to secondhand smoke reported feeling the drug's psychoactive effects. However, the level of intoxication was weaker for non-smokers than for smokers.1

Another study on lab rats showed that just a minute of exposure to marijuana substantially impairs endothelial function in the test subjects for at least 90 minutes. The endothelium is a thin membrane that lines the inside of the blood vessels and the heart.

The study concluded that exposure could cause a similar adverse cardiovascular effect on people exposed to smoke (regardless of whether it came from tobacco or marijuana).3

Finally, a systematic study published in the Journal of Analytical Toxicology showed that extreme exposure to secondhand smoke could produce a positive urine test. These positive tests are rare and “occur only under environmental circumstances where exposure is obvious.”4

Some marijuana users practice ‘hotboxing’ to enhance the effects. A hotbox is when people gather in a small room (sometimes a vehicle) with closed doors and windows.

This produces a stronger high than smoking alone because every inhalation contains marijuana smoke. It's possible to get high from secondhand cannabis smoke using this method, but it's not easy.

You need to inhale a significant amount of secondhand smoke to achieve your desired —or undesired— result.  In most cases, simply being in a room with someone isn’t going to produce a significant contact high.

Secondhand marijuana smoke does not significantly raise THC levels in the body. But there are still concerns about the health and safety of passive smoking. If you aren’t a regular marijuana user, you’re likely to have a more intense experience from a contact high.

How Long Does THC Stay in Your System?

The length of time THC remains in your system depends on how much you smoke and/or how much you were exposed to. THC’s metabolites remain in your body for much longer than the duration of effects. This means a drug test could detect recent marijuana use long after the high wears off.

In some cases, evidence of the drug can be detected for weeks or months after the last use. The type of drug test also determines how long a drug can trigger a positive result. For example: 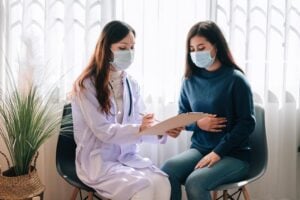 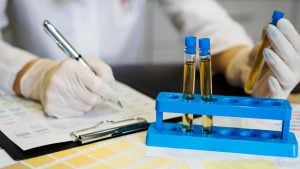 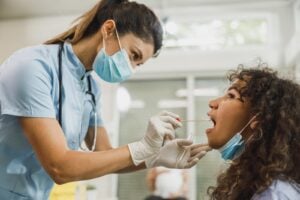 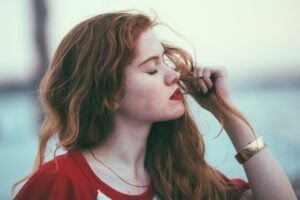