How Long Weed Stays in Your System

Weed is also known as marijuana or cannabis. It’s usually detectable in bodily fluids for 1 to 30 days after last use.1 It may be detectable in the hair for several months.

Marijuana detection windows depend on how much you smoke or ingest and how often. Generally, higher doses and more frequent use are linked with longer detection times.

For daily users, marijuana may be detectable for several months after the last use.

Drug tests measure marijuana and its byproducts or metabolites. These metabolites stay in your system long after weed’s effects have worn off.

There are several testing methods used to detect marijuana and other drugs. They include:

Marijuana is detectable in urine for the following amounts of time after last use:3

Marijuana metabolites are fat-soluble. This means they bind to fat molecules in your body. It can take some time for them to leave your system.

Urine testing is the most popular testing method for marijuana.

Weed is usually detectable in the blood for 1 to 2 days. However, it can be detected even after 25 days in some cases.

Chronic heavy marijuana use increases the length of time the drug can be detected.

Cannabis is detectable in the bloodstream within seconds of inhalation. Once inhaled, it is distributed to the tissues.

Some of the weed is reabsorbed in the blood and broken down. Its metabolites may stay in the bloodstream for days.

Weed is detectable in saliva for the following amounts of time after last use:4

Cannabis can enter the saliva via smoking and through exposure to smoke. However, its metabolites only show in saliva when weed has been smoked or ingested.

Hair follicle tests pick up weed use for up to 90 days.5

After use, marijuana reaches the hair follicles via small blood vessels. Trace amounts may stay in the hair.

Hair grows around 0.5 inches per month, so a 1.5-inch hair segment taken close to the scalp may detect marijuana use within the past 3 months.

Various factors affect how long weed remains in your system.

Some of these factors aren’t related to weed itself but how your body processes and metabolizes it.

Other factors are related to how you use marijuana. This includes the dosage and frequency of use.

Higher doses and more frequent use usually increase the time it takes for weed to leave your system.

How Much Weed Do You Have to Smoke to Fail a Drug Test?

However, little research has assessed how much someone must smoke to fail a drug test. Studies often find that frequent marijuana smokers are more likely to fail drug tests than infrequent users.

A 2012 study examined marijuana users smoking a single cigarette with 6.8 percent THC. Urine concentrations of THC were highest between 0.6 to 7.4 hours after smoking the cigarette.6

A 2017 study reported on the testing of hair samples from 136 marijuana users who noted heavy, light, or no weed use. In the study, researchers cut hair into 1-centimeter sections to assess for exposure up to a month prior.7

How to Get Weed Out of Your System Faster

After smoking or ingesting marijuana, the body needs time to break it down. There are several known ways to help the body metabolize it faster.

Remember, however, that the best way to get weed out of your system is to stop smoking or ingesting it and wait it out.

When you exercise, you lose toxins through sweat. Working out helps detoxify the body, boosting the body’s rate of THC metabolization.

Water is an excellent detoxifier. It’s natural and suitable for people whose digestive systems can’t take the acidic elements of lemon juice, another known detoxifier.

Water hydrates the body, flushes out toxins, and dilutes the urine. Drinking plenty of water causes the frequent urge to urinate and clear the body’s systems.

Drinking tea or coffee also helps detoxify the body. Like water, tea and coffee cause a person to urinate more frequently and flush out THC and other toxins.

Coffee is a stimulant, and it also contains antioxidants that naturally detoxify the body. Mixing coffee with water and taking vitamin B supplements helps cleanse the body quicker.

How Long Does it Take For Weed to Kick In?

How quickly you experience the effects of weed mostly depends on your method of use.

If you’re smoking or vaping marijuana, you’ll feel the effects within 2 to 10 minutes. The effects kick in quickly because marijuana enters your bloodstream via your lungs within minutes of inhaling.

You can usually feel the effects of edibles within 30 to 60 minutes. In some cases, it can take as long as 2 hours. Your digestive system metabolizes marijuana when you eat it, which can take a while to go into effect.

Dabbing is another way of consuming weed. With this method, a highly concentrated type of weed is smoked through a special pipe. Dabs have a higher THC content than other types of cannabis. As such, the high kicks in almost instantly.

How Long Do the Effects Last?

Weed’s short-term effects start to fade after 1 to 3 hours. Some effects, such as memory or sleep problems, can last a few days.

Long-term effects of marijuana use can last days, weeks, or months after the last use. Some results may be permanent. 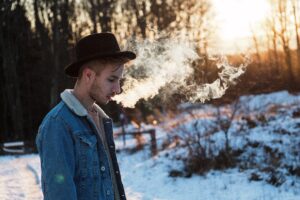 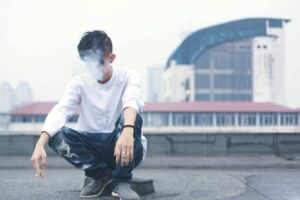 Can You Overdose on Weed? 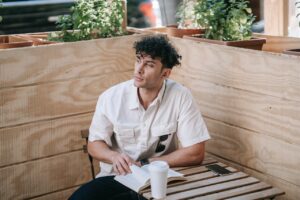 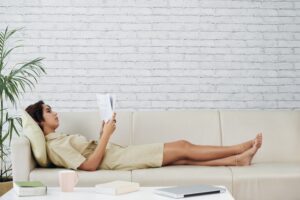