How Long Percocet Stays in Your System

Percocet is a mix of the semisynthetic opioid oxycodone and the mild analgesic acetaminophen. This is the active component of Tylenol. The drug treats moderate to severe pain (in the short-term) and is dispensed in tablet form.

The opioid aspect of the drug quickly produces tolerance. Over time, people who take Percocet regularly will require higher doses to experience the same effect. This can lead to addiction and negative health effects.

Percocet is absorbed into the bloodstream quickly. This causes side effects and health issues to occur soon after consumption.

Side effects of Percocet may include:

If you take prescription opioids like Percocet with other drugs, like antifungal agents, you’re at an increased risk of severe side effects. These side effects include respiratory depression, which can lead to excessive dizziness and shallow breathing.

Is Opioid Addiction Affecting Your Life?

How Long Does Percocet Stay in Your System?

Percocet can remain in your system for up to 19 hours. However, this depends on different factors, including its half-life.

However, just because Percocet leaves the body in a few hours doesn’t mean it won’t show up on drug tests. A test can uncover traces of the drug as long as 90 days after the last dose. Knowing how long Percocet stays in your system can help you avoid an accidental overdose.

If you take a urine drug test while on Percocet, it will be positive for opioids. Be sure to let the clinic know what you’re taking ahead of time. It’s also a good idea to share information about any drugs and supplements you’re taking with the testing agency in case it triggers a false positive.

In urine tests, traces of Percocet can usually be detected for 24 to 48 hours, starting 2 hours after the first dose.2

Percocet can typically be detected for up to 24 hours in blood tests.

Saliva tests can pick up traces of Percocet for up to 48 hours.

The only long-term test for Percocet is a hair test. It can detect Percocet in the hair follicles for up to 90 days. But this test isn’t as reliable as urine or blood tests.

How Long Does Percocet Take to Kick In?

How Long Do the Effects of Percocet Last?

The half-life of Percocet in the blood is between 3 and 4 hours but varies depending on liver function. It takes an average of 19 hours for Percocet to flush from your system.

How Do You Test for Percocet?

Drug testing uses samples from the urine, blood, and hair to detect substances in the body. Police often perform drug testing, but employers can also ask their employees to take them.

Regardless of whether you've taken a half dose or full dose, drug tests can still detect trace amounts of Percocet. Because drugs can remain in your body for 48 hours or more, tests can quickly determine if you’ve taken an illegal substance.

Drugs remain in people’s systems for different amounts of time due to various factors, including:

Can You Flush Percocet From Your System Faster?

Drinking plenty of fluids and exercising helps dilute urine and slightly boosts metabolism. But these aren’t proven methods for removing Percocet from your system faster.3

The best way to remove Percocet from your system is to stop taking the drug. Always speak with a doctor before stopping a prescription medication. Percocet can lead to physical dependence, so you may experience unpleasant withdrawal symptoms if you quit cold turkey.

Percocet is a Schedule II drug. This means it has a high potential for abuse. It can potentially lead to severe psychological or physical dependence.

Addiction to Percocet and other opioids is serious. These drugs cause long-term damage to the body. Building a high tolerance to these drugs also increases overdose and illness risk.

For example, when taken in excessive quantities, the acetaminophen in Percocet can damage the liver. This can lead to:

Symptoms of Percocet addiction include:

If you’re addicted to Percocet or any other opioid, consult a medical professional before attempting to quit. Withdrawal symptoms are highly uncomfortable and cravings can be intense.

Addiction treatment facilities will gradually wean you off the medication. They may also substitute a safe, opioid treatment medication to reduce side effects, including withdrawal symptoms.

It can be daunting to face the realities of drug use. However, addiction treatment is the first step in recovery. There's a range of treatment centers out there ready to help you.

Percocet is a medication used to treat moderate to severe pain (in the short-term). It has a high potential for misuse and addiction.

Drug tests can detect Percocet for up to 90 days, depending on the type of test. 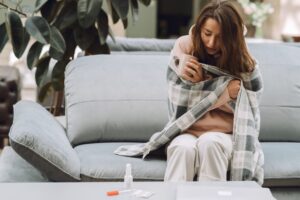 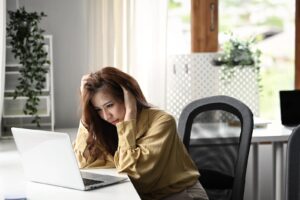 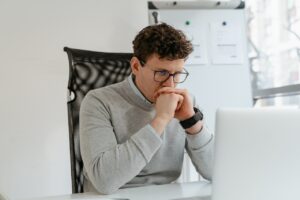