What is Methylphenidate (Ritalin) Used For?

Methylphenidate is the drug name for Ritalin. Other brand names include:

Healthcare providers commonly prescribe Ritalin for children (6 years and above) and adults with ADHD. People with narcolepsy may take Ritalin under a doctor's supervision.

Before Taking This Medicine

Methylphenidate can produce adverse effects depending on a person’s condition. Consult your doctor before taking methylphenidate to avoid dangerous drug interactions.

If you or your family has the following conditions, you shouldn't take methylphenidate:

Side Effects of Ritalin

Methylphenidate may cause some unwanted side effects. When these occur, you may need medical attention.

Drug interactions can change how your medications work, increasing the risk of severe side effects. Keep a list of all medications, including any supplements you are taking, and share it with your healthcare provider.

Do not start, stop, or change the dosage of any medicines without your doctor's approval.

It is especially important to consult a healthcare professionalt before taking these drugs with Ritalin:

MAO inhibitors are used to treat depression and help slow down the progression of Parkinson's disease.

Methylphenidate can be dangerous if you’ve used an MAO inhibitor in the past 14 days. Ritalin can interact with the following drugs for up to two weeks:

This drug interaction can cause a variety of adverse effects. These effects include:

Selective serotonin reuptake inhibitors (SSRIs) and tricyclic antidepressants (TCAs) treat depression and anxiety. However, methylphenidate can block the effects of these drugs.

Not properly metabolizing these drugs can lead to the following:

Methylphenidate can cause higher levels of seizure medication and lead to a higher risk of side effects. These side effects include:

Seizure medications that interact with methylphenidate include:

Examples of antihypertensive drugs include:

Mixing these anesthetics and Ritalin can cause a sudden increase in blood pressure and heart rate during surgery.

Drug absorption depends on the amount of acid in the stomach. Methylphenidate can make it harder for the body to absorb antacids or acid blockers.

Examples of antacids include:

Examples of acid blockers include:

Examples of CNS stimulants include:

Anticoagulants, or “blood thinners”, like warfarin, are used to prevent or treat blood clots. However, methylphenidate can increase the levels of warfarin in the body by blocking its metabolism.

This increases the chance of bleeding, bruising, and internal bleeding. Take a blood test to make sure you’re not experiencing abnormal bleeding.

Limit your intake of foods and beverages that contain caffeine. These include coffee, tea, sodas, chocolate, and dietary supplements.

Caffeine is also a CNS stimulant and can cause additive side effects. It increases your risk of:

The effects of taking a stimulant and a depressant are unpredictable and dangerous. Alcohol can increase the side effects of methylphenidate.

It can also cause extended-release methylphenidate to get released into your bloodstream too quickly.

Can You Take Antihistamines With Methylphenidate?

There are no known interactions between antihistamines and methylphenidate. Antihistamines like Benadryl (diphenhydramine) do not pose a high risk of problematic side effects.

Each person has specific health needs. Consult a healthcare provider before taking other drugs with Ritalin. A doctor will be able to prescribe the most suitable drug combination treatment.

Like any other CNS stimulant, Ritalin has a high potential for misuse and dependence. The drug’s effect on the body is similar to amphetamines.

The number of Americans to misuse prescription stimulants in 2017 was more than one million.

In severe cases, Ritalin misuse can result in overdose or death. This risk is higher for people with a history of substance or alcohol abuse.

Symptoms of Ritalin abuse (misuse) may include:

Methylphenidate has a high risk for addiction and abuse. To recover from a methylphenidate dependency, most people will taper off the medication.

If you or someone you know suffers from methylphenidate addiction, speak with an addiction specialist. They can help you review your options and choose a treatment program tailored to your needs.

Inpatient treatment (for the most severe cases or co-occurring disorders) 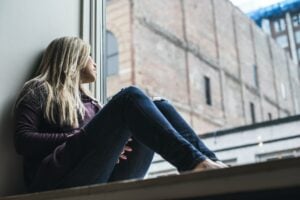 How Long Ritalin Stays in Your System 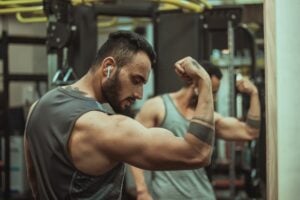 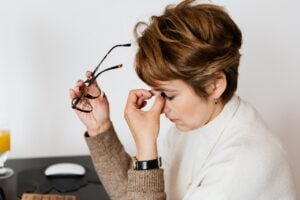