Is Tylenol 3 a Narcotic?

What is Tylenol with Codeine #3?

Tylenol with codeine #3, more commonly known as Tylenol 3, is an acetaminophen-based drug used to treat severe or moderate pain. Tylenol 3 contains 300mg of acetaminophen and 30mg of codeine per tablet.

Acetaminophen is a non-opiate, non-salicylate analgesic used in regular strength Tylenol and similar generic name pain relievers. Codeine, however, is an opioid narcotic analgesic and antitussive. The addition of codeine to the acetaminophen base makes Tylenol 3 a schedule III controlled substance. 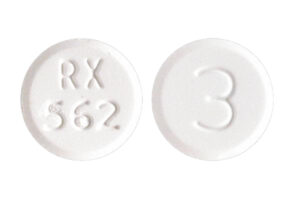 A prescription is needed to obtain brand name Tylenol #3 with codeine and generic equivalents.

Is Tylenol 3 a Narcotic?

Due to the properties of codeine, Tylenol 3 is considered a narcotic substance. Unlike acetaminophen, which is a non-opiate analgesic, codeine is an opioid pain reliever. It works by acting on receptors in the brain. This changes how the body processes and reacts to pain.

Though it is often successful in treating pain, using Tylenol 3 can lead to addiction, much like other opioids. Stopping this medication may also cause withdrawal symptoms similar to those from narcotic substances such as hydrocodone and oxycodone.

While some people still mistakenly refer to all drugs as “narcotics,” the current term “narcotic” solely refers to opium derivatives and their semi-synthetic substitutes. The confusion between the terms arguably comes from the origin of the word “narcotic,” which comes from the Greek word for “stupor,” and was initially used to describe all substances that dampened senses and acted as pain relievers.

Tylenol 3 is not available as an over-the-counter pain medication. It is only available as a prescription drug across the United States and in most areas of the world.

What are the Side Effects of Tylenol with Codeine #3?

Tylenol 3 carries similar risks of side effects and allergic reactions as other opioid pain relievers, especially in high doses. Possible common side effects of taking this medication include:

When used correctly and under the medical advice of a healthcare provider, Tylenol 3 can be an effective option for reducing mild to moderately severe pain. However, in addition to the risks of taking this medication alone, there are dangers that come with drug interactions.

Taking Tylenol 3 with any of the following medications is not recommended:

Taking Tylenol 3 is also not recommended while consuming these substances:

Additionally, patients with the following conditions should use Tylenol 3 with caution as they have an increased risk of experiencing more serious side effects:

Patients with kidney disease or liver disease should also use Tylenol 3 with extra caution as the effects may be increased due to slower metabolic processing of the medication.

There are several options for people suffering from opioid addiction. These include: